Home » Blog » Aquarium Salt: How Necessary Is It?

A question that budding aquarists often ask is, should salt be used in freshwater tanks?

While some people recommend dosing it routinely to provide fish with the essential electrolytes needed, others insist that it is used mostly for treating diseases.

The true power of salt has now been witnessed after years of testing with hundreds of fish. Sodium chloride is arguably one of the best medications on the market that’s effective against fungus, bacteria, and external parasites.

It’s cheap, readily available, never expires, and can be easily used in either low or high concentrations.

However, the question still remains, how necessary is aquarium salt? Well, let’s take a closer and more detailed look at the answer.

What is Aquarium Salt? 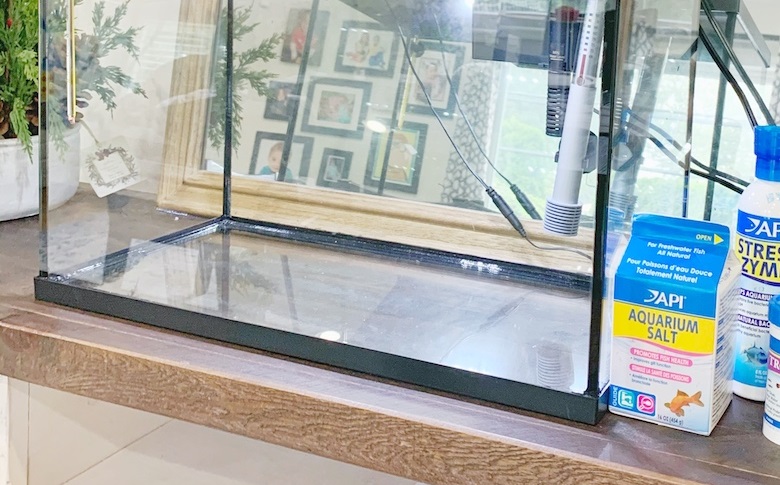 If you’re new to owning an aquarium, and you’ve come across the term aquarium salt before, you are probably wondering exactly what it is.

Aquarium salt is a broader or general term that covers a range of different salts that can be added to water in your fish tank. One of the most commonly used salts is standard sodium chloride, known as NaCI.

However, there are three very common aquarium salts that aquarists use in their fish keeping practice. So let’s take a look at them.

Freshwater aquarium salt is also known as “tonic salt,” but it’s different from table salts or the salt that you use in your kitchen. On that note, kitchen salts or table salt should never be used or added to any aquarium.  Aquarium salt is actually made from evaporated seawater. It’s designed specifically for freshwater tanks and does not contain any additives like iodine or anti-caking agents like calcium silicate. You can purchase it online or from your local pet shop.

These salts are basically pure sodium chloride. Then no extra ingredients added to these salts, which is why they are a favorite for salting connoisseurs who use it in freshwater tanks.

Marine salt is something different altogether. It’s a special salt that is a bit more complex and created with a range of different blends of ingredients like calcium and magnesium. Ultimately, it improves the quality of the water for marine invertebrates and fish. 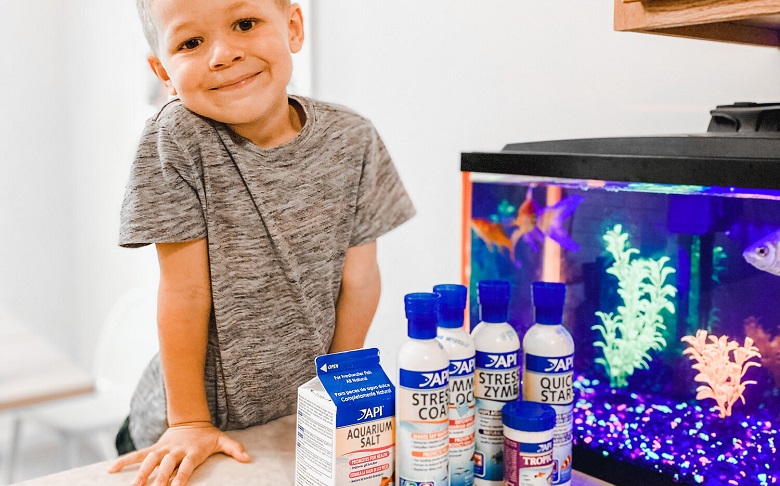 Unlike freshwater fish where the content of salt in the water is so minute, saltwater fish have all the salt they need in their tanks salty water and therefore do not need salt added to their tank water or pond.

How Often Do You Need to Replenish Salt if at All?

While some aquarists believe that sodium chloride salt can be used on a regular basis as a preventative measure as a health booster, or medication, it is not advisable. We can compare it to a healthy person misusing or unnecessarily using antibiotics to limit the risk of getting an infection.

The risk of this is that a superbug could appear out of nowhere that is highly resistant to the antibiotic, and then your treatment options are significantly limited. In the same breath, any fish disease that makes it past the salt barrier will likely be more resilient and require a much higher salt concentration to cure your fish of disease.

This ultimately can be detrimental to your fish. So instead, use these salts very sparingly and on an as and when necessary basis. If you stick to these rules, then salt becomes a powerful tool in your aquarium arsenal.

Best Practice When It Comes to Saltwater Aquariums 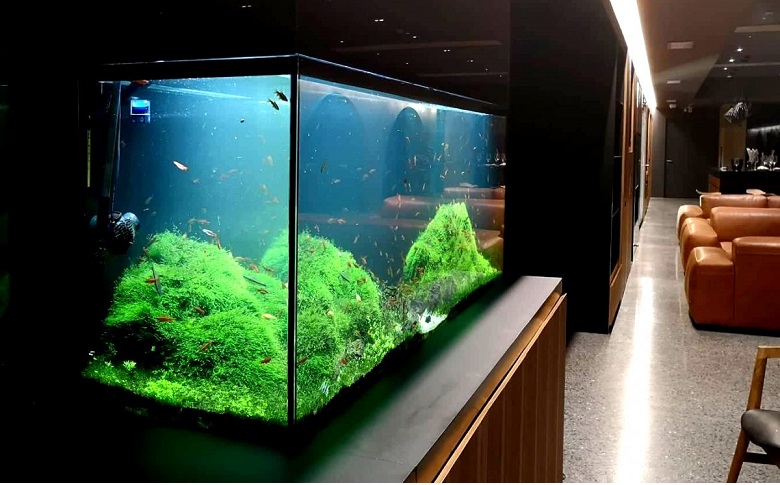 In order to make use of aquarium salt more effectively, you need to understand the rules of using salt in your aquarium and fish tanks.

So here are some pointers to ensure best practice when it comes to using aquarium salt. If you have ever wondered how this salt works, then it simply causes death by dehydration.

Ultimately, it raises the salinity of the water, and the water is sucked out of the fungus, bacteria, or parasites as osmosis brings a balance using the salt concentration on each side of its membrane or skin. These tiny organisms ultimately dehydrate much faster than the fish, and this is because fish have more stored water and body mass. So the pathogens end up dying before their hosts.

That doesn’t mean that there are some microorganisms that cannot withstand higher salinity, and this is also why salt is not a 100% guaranteed solution.

And under no circumstances should you ever use table or Epsom salt in fish tanks. So ultimately, you should start with the lowest level of salt and gradually increase.

The first treatment level involves adding 1 tablespoon of salt to 3 gallons of water. And the salt solution should be poured directly into the aquarium or hospital tank. What it basically does, is irritate the fish’s slime coat causing the fish to make more beneficial mucus and block out microorganisms and parasites from reaching the body.

The second solution involves 1 tablespoon of salt added to 2 gallons of water. This is the next level of treatment and is fully capable of attacking a wider range of illnesses. It’s used to treat itch, which is also referred to as white spot disease. However, if the symptoms still keep getting worse, then its time to increase the concentration.

The third level of treatment involves adding 1 tablespoon of salt 1 gallon of water. This should only be done when the other weaker solutions have no effect. This is the strongest solution and will knock possibly everything out of the fish tank, except the fish.

It’s hard on scaleless fish and other sensitive species, so you should do your research before using this on certain species of fish.

There are some species of fish and plants that have evolved to live in surroundings with very little, if any salt, and are even more sensitive to salt. This is especially the case with most Freshwater plants that don’t tolerate much salt at all.

If you’re trying to keep your plants alive, salt should be avoided at all costs. Some species of fish that come from soft water, such as the suckermouth catfish, don’t tolerate salt very well either. And the addition of any salt with these fish should be avoided like the plague.

So as you can see, when it comes to using salt as a medication, you should always proceed with caution. However, it is still a more natural option when compared to grabbing a box of fish medication. It has a remarkable ability to treat fish diseases that are hard to diagnose, and aquarium salt seems to be your next best friend when it comes to treating sick fish.

Although aquarium salt is mostly a natural substance, it should be used sparingly to treat your fish. It should only be used if you suspect pathogens, parasites, or microorganisms causing stress to your fish.

You should also always start with the lowest concentration and only increase this concentration if the lower concentration does not work. If you can stick to these guidelines and use the salt sparingly, it will work wonders for your aquarium or fish tank.