When it comes to reducing the air flow in your aquarium, the most popular solution is to use an idle air control valve.

But it may surprise you to learn that this valve could be doing your tank more reproductive harm than good.

So read on to learn more about aquarium airline control valves and, perhaps most importantly, my recommended way of controlling the air flow.

What is an airline control valve 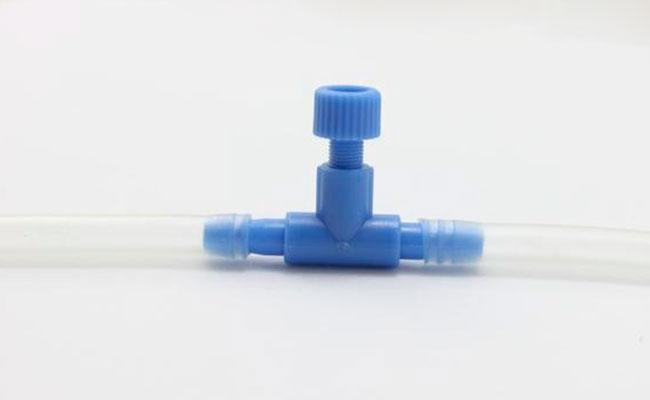 An airline control valve is yet another fitting that can be installed on your airline tubing.

As the name suggests, this valve allows you to precisely control the flow of air in your aquarium…

And how the valve works is actually quite clever…

In its simplest form, a flow control valve is little more than a tube with a screw in it.

If you unscrew the valve all the way, air can freely move through the pneumatic valve without restriction… 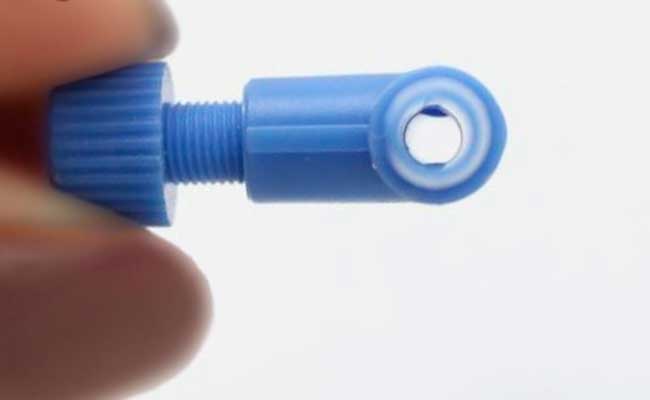 As you begin to turn the screw, it begins to block off the airline.

The more you turn the screw, the smaller you make the gap through which air passes… 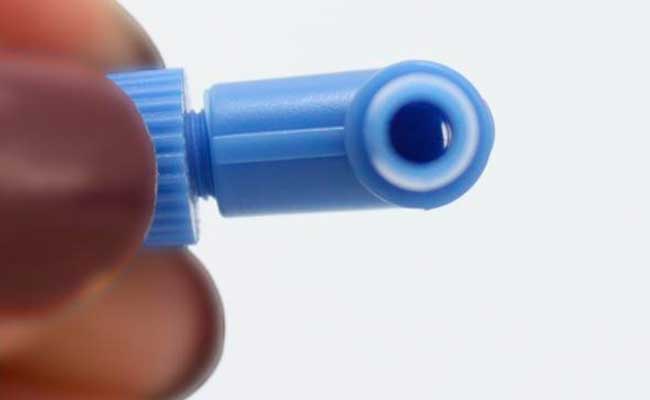 To put it simply:

I would like to add that idle air control valves will not completely close, as this would put too much pressure back on your air pump, potentially damaging it.

Even when “fully closed,” a small amount of air will still be able to move through the air control kit.

Many aquarium air pumps will come with an airline control valve included in the box. 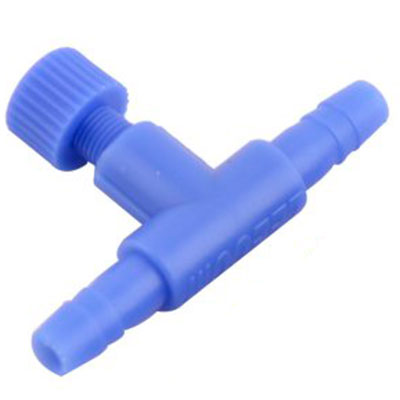 This will be the airline control valve that you are most familiar with. Straight valves are commonly available both online and in local fish stores. 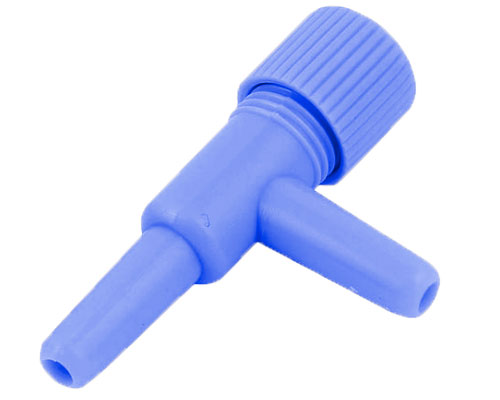 If you have ever tried to bend plastic airline tubing at 90 degrees (L-shape), you know you will more than likely put a kink in it.

Ordinarily you would use an elbow airline connector to get around this problem.

Well, an elbow control allows you to both bend the tubing and control the air flow in a single fitting: a 2-in-1 fitting!

Instead of a screw, metal control valves use a lever to adjust the flow… 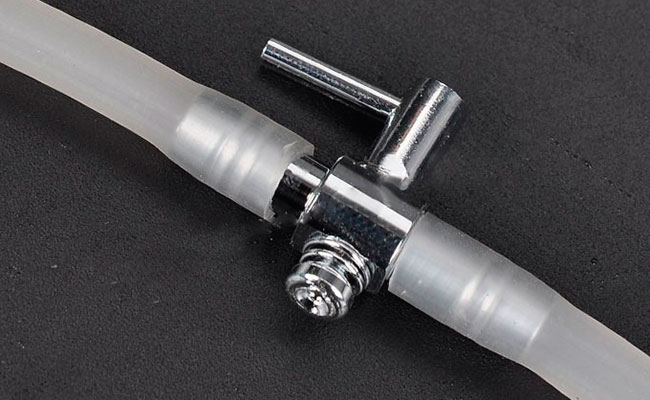 Fishlab Tip If you want to control airflow on two or more air tubes at once, you can use a gang valve – a single airline fitting that can take the place of multiple control valves.

Why do you need an air control valve?

While fully featured aquarium air pumps are equipped with a built-in flow control knob (called a rheostat), cheaper or battery-operated models do not have the same luxury.

In this case, you will need to come up with a solution to control the airflow yourself, particularly if the default airflow is too strong for your aquarium…

Let’s say that your airstone is producing too many bubbles; you could use a flow control valve to reduce the amount of air flowing through the tubing. Less air reaching your airstone means fewer bubbles.

Alternatively, your air-powered sponge filter may be creating a water current that is too strong for your fish – reducing the air flow via the accurate control will slow down the rate at which water is drawn through the filter.

Same goes for any other air-powered equipment you use in your aquarium.

To put it simply, if you need to control the air flow rate on your aquarium, this little valve will be your best friend.

There is no arguing that an 2-position air control valves are the most popular way to regulate airflow.

Many aquarium air pump manufacturers even recommend using an air control valve in their instruction manual.[1]

However, restricting airflow in this manner does have an inherent problem…

It increases back pressure!

You see, the smaller the hole in the valve, the harder your air pump has to work in order to force air through.

This extra work can seriously reduce the service life of your air pump, causing the diaphragm inside to tear prematurely.

It is for this reason that many hobbyists use a bleed valve instead.

A bleed valve allows you to reduce the airflow without the extra back pressure.

If you want your aquarium air pump to last as long as possible, this really is the best way to control the air flow in your aquarium.

Want to know more? Check out our bleed valve guide.

Do you use an air control valve in your aquarium? Let me know in the comments below!

What you say has some truth however you do not mention why some people use a control valve to direct more air to other air stones. As an example I have a large air pump for my koi pond and I have two air stones in the pond and another for my plant bog. I need much less air in the plant bog so I use a control valve which puts no restriction on the pump.

You make a great point. This article is aimed at beginners who are setting up their first aquarium – most experienced hobbyists will already be aware of what an air control valve is and how it functions. The article is not meant to account for every variation in air pump set up, that would be nearly impossible.

Over the years I have noticed that, when a beginner sets up their first tank, a single air stone is run from an air pump – there is no other air-driven equipment branching off the air tubing. In this instance a bleed valve is essential.

You are correct that branching airline tubing running multiple pieces of equipment might not need a bleed valve. But there are too many variables here for me to list. Lets use your setup as an example: Depending on the power of the air pump, the air stones used and control valve setting, you could still experience back pressure that will place unnecessary wear on your pump.

Unfortunately, you will likely have to replace your thermometer. However, you have come to the right place – We have recommended plenty of accurate thermometers in this guide!

Where i buy these?

We have included links to buy each type of control valve inside the article. Alternatively you should be able to pick them up at your local fish store.

Hi, thanks for all the usefull information I appreciate that your share all your experience with us.
I’m setup a 20 gallon long fish tank with 4 diveders for betta fish. I’m use the Tetra Whisper 20 model, 4 sponges, 1 gang metal valve with 4 outputs, 4 air check valve and 4 airstone with 3/16 airline. After setup everything I’m notice that the air coming out from the sponges it’s not equal. Two sponge have the same output of air, the third one it’s less and the last one it’s with very low output. Already check all the connectors and looks OK. I don’t notice any air escape. I connect the airline from the pump to the gang metal valve, then from the gang valve to the 4 air check valve and from each air check valve to the airstone (one to one). Then I put the airstone into the sponge. So I don’t know what I did wrong. I will appreciate if you can give me any advise.
Thank you.

I’d say your issue is that you have reached the limit of the airpumps power. An air pump is limited in the amount of air it can provide. The only way you will be able to power 4 is by buying a second AP 20 air pump, or a larger model to power all of them.

Check out my aquarium air pump review for more information – the Tetra Whisper AP 20 gives out roughly 20GPH at 20 inches, which would only be suitable for 2 sponge filters.

What about using a pressure control valve instead of just a throttled hose? Doesn’t anyone do it this way

To an extent, that is the setup we use when we create a bleed valve in this setup. I have no experience with using a pressure control valve but assume they are less commonly used due to being more expensive than a plastic airline control valve.